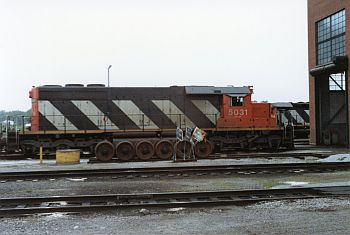 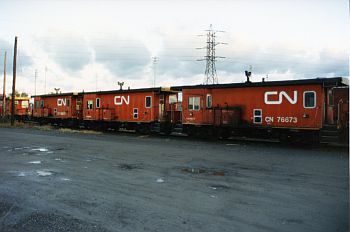 CN SD40 5031 sits out front of the heavy repair bay at Fort Erie.c-1980's - Brad Markowsky - NRM CollectionCN transfer vans await their next assignment at Merritton. These cars were built by CN Point St. Charles shops between 1977-1980 and originally numbered 210. THe majority were scrapped, with 3 remaining on the CN roster as engineering cars.c-1980's - Brad Markowsky - NRM Collection 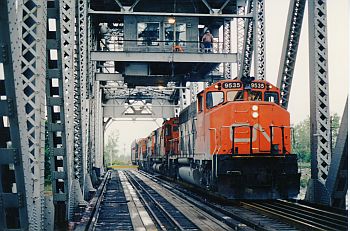 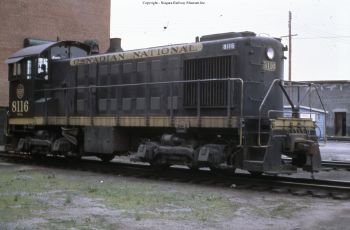 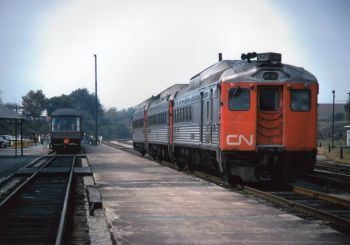 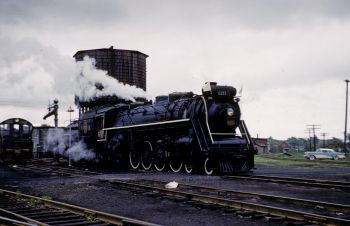 Canadian National RDC-3 #6350 is on track 2 at the Niagara Falls railway station on Bridge St. Sitting on track one would be LNER 4-6-0 #4472, the "Flying Scotsman", whose tail car is visible beside the RDC's. The Flying Scotsman was on a North American tour at the time.October 1970 - Ken Kreamer - Niagara Railway Museum CollectionCNR U-2-g 4-8-4 Northern, #6211 is ready for service at the Fort Erie, Ont water tower. 6211 was built by Montreal Locomotive Works in 1942. July 1959 - T.C. Cherry - Niagara Railway Museum Collection 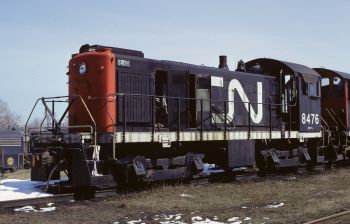 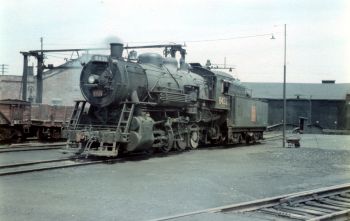 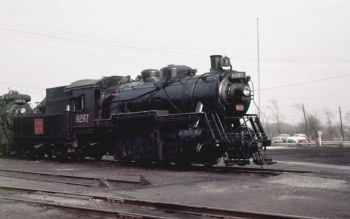 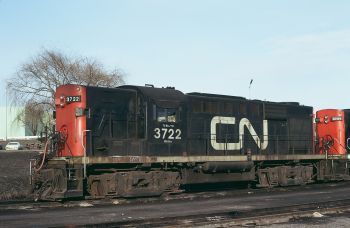 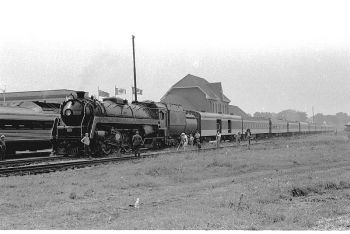 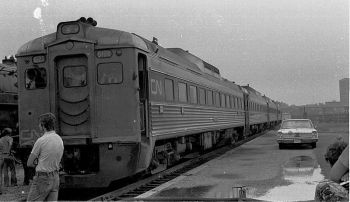 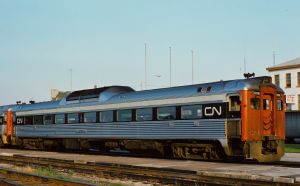 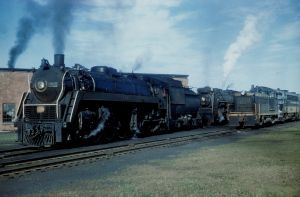 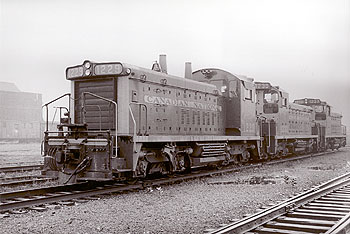 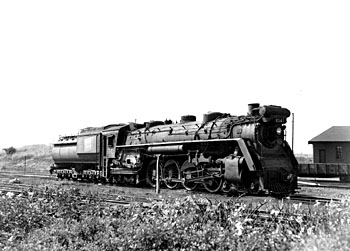 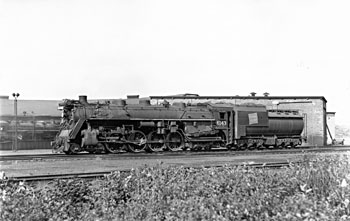 CNR N-1-b Consolidation #2432 (Canadian Foundries, 1914) is seen shoving its train down the northbound track of the Thorold Subdivision towards Merritton, ON.

The 4th Welland Canal is located about 200 feet to the right of the locomotive.

The caboose has just passed under the bridge carrying the NS&T Main Line to Niagara Falls, ON. The train is passing over the turnout for the spur which served the Niagara District Warehouse and Forwarding Company which was located on the west wall of the Welland Canal. On the hill to the left of the picture, a boxcar can be seen spotted at the NS&T freight shed.July 30th, 1954 - Niagara Railway Museum CollectionCanadian National U-2-c Northern #6143 (MLW, 1929) sits by the roundhouse in Niagara Falls, ON while sister #6141 takes a ride on the turntable. July 30th, 1954 - Niagara Railway Museum Collection 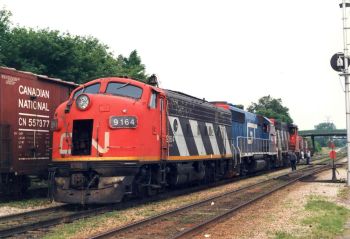 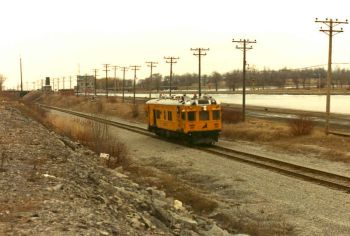 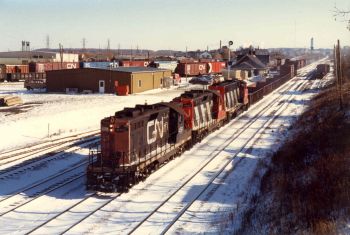 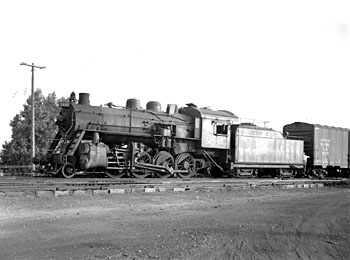 At 11 a.m., CN GP-9s 4561 and 4528 lead a 9400 series GP-40-2, as train 432 westbound to Windsor, crosses over to the eastbound main ('south track') at Merritton, Ontario, on a very cold December 3, 1980.December 3, 1980 - A. W. PankoCNR N-1-c Consolidation #2446 switches cars in Niagara Falls. Note the conductor standing on the foot board on the tender of the locomotive. Also note the interlocking control rodding (for the switches the locomotive is sitting upon) running on wooden blocks at the bottom of the photograph.July 4th, 1945 - Niagara Railway Museum Collection 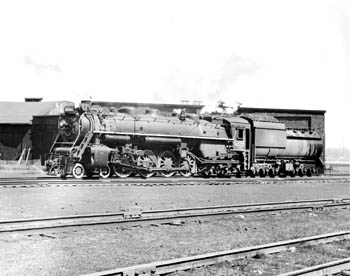 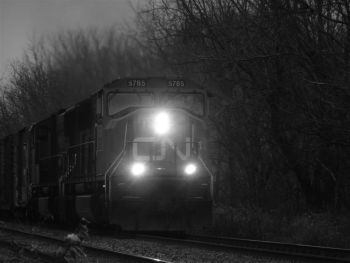 CNR U-3-g Northern #6226 awaits her next assignment with a tender full of coal at the CNR Niagara Falls roundhouse.June 20th, 1953 - Niagara Railway Museum CollectionIn the early morning of November 26, 2006, a CN freight heads upgrade past Firemans Park, lead by SD75I #5785. The train will soon be at Clifton, and the junction to the Stamford Sub., where it will continue on to Buffalo.November 26, 2006 - David A. Torbett 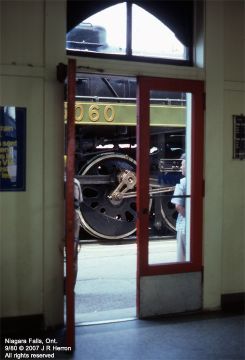 As part of the 1980 National Railway Historical Society Convention in Toronto, CN ran 6060 on an excursion to Niagara Falls. This unique shot, taken by Jim Herron, shows CN 6060 through an open door of the Niagara Falls VIA Station on Bridge St.September 1980 - Jim Herron