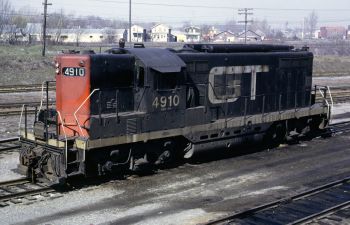 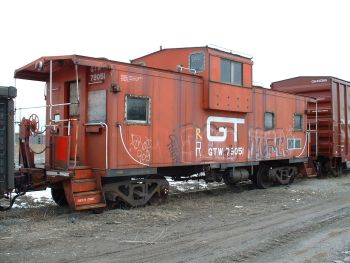 When CN was short on power they managed to pick up extra locomotives from sister lines, and Grand Trunk power was frequent in Niagara during this time. Here, GP9 4910 sits on the shop track at Niagara Falls, Ont.April 28, 1972 - NRM CollectionThis Grand Trunk steel caboose was used in Niagara Falls for a few years as a rider van for the yard job. After an attempt was made by the NFRM to save the van, it was scrapped in early 2006. The NFRM managed to save the one remaining builders plate for the collection.Ken Jones Jr. 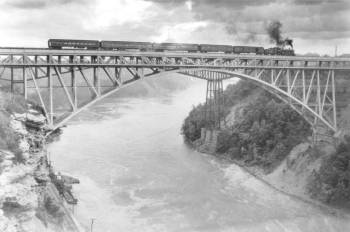 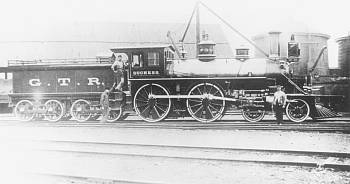 Grand Trunk Railway #231 is seen heading into Niagara Falls, ON on the current Whirlpool Bridge. Behind is the Michigan Central Cantilever Bridge. The tracks for the Great Gorge Route are visible in the bottom left hand corner.1915 - Sirman CollectionGrand Trunk Railway 4-4-0 American "Duchess" is seen in Niagara Falls.Sept 7th, 1888 - Sirman Collection 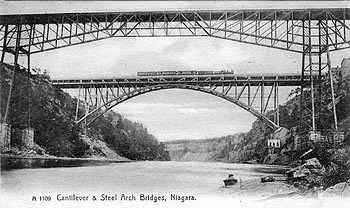 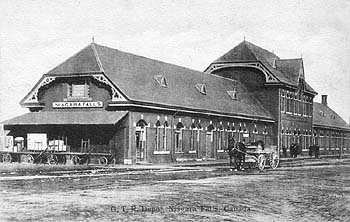 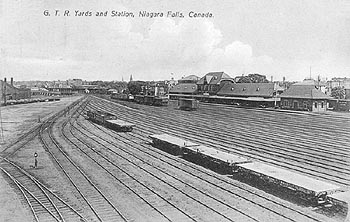 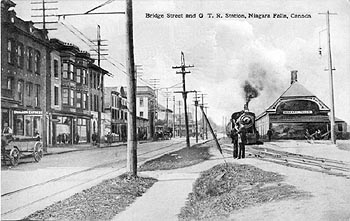 A view of the Niagara Falls station and freight yards taken around 1910. View is looking south east. The corner of the roundhouse can be seen on the left edge of the image.