Conrail consisted of all of the lines from the Penn Central Railway as well as six other bankrupt railroad companies, all of which primarily operated in the northeastern US.

In February, 1976, the US Government passed into law the "Railroad Revitalization and Regulatory Reform Act of 1976", which provided the necessary funding to revitalize the deteriorating freight railway lines, equipment and rolling stock of the seven railways.

In 1998, Conrail itself was split between the Norfolk Southern Railway and CSX Transportation.

In Niagara Falls, Conrail was the operator on the former Canada Southern lines to Detroit, which it had assumed with the overtaking of the Penn Central Railway. In Niagara Falls, these lines included the former New York Central Montrose Yard facilities, as well as the branch to Chippawa. 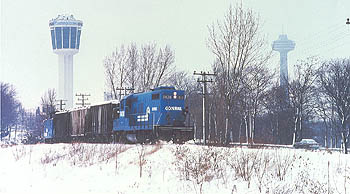 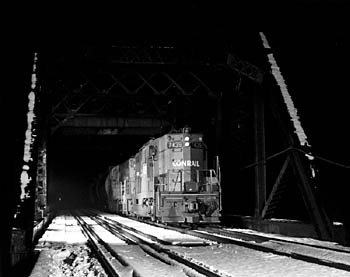 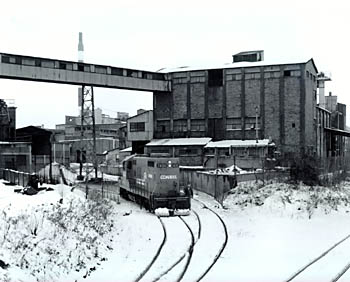 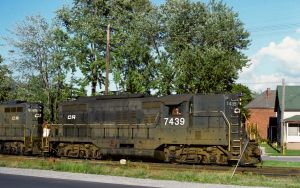