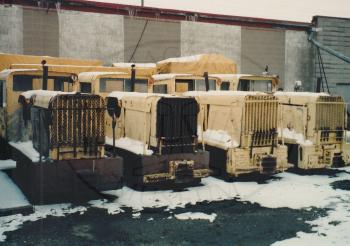 4, 2ft gauge, 6 ton Vulcan locomotives sit at a Port Colborne Scrapyard after the operation shut down at the INCo plant in the 1980's. 2 of these locomotives, 3 & 5, were sold to the UK, while 6 & 8 are now locally owned and undergoing restoration, and on display at the Niagara Railway Museum Inc. the units in the picture are (L-R) 6, 5, 8, 3 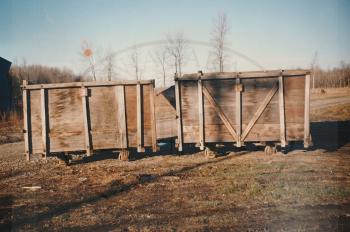 2 cars used to haul peat moss from the fields to the bagging plant at the Wainfleet Bog. This was a 2ft gauge operation with more than 3miles of track 40plus cars and 2 locomotives. The track still remains, but the equipment is long gone. The Museum has 2 of the bog cars (rebuilt to flatcars). 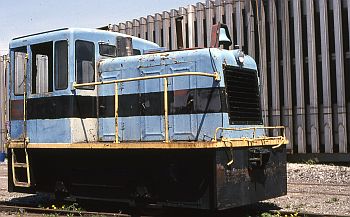 All Waste Container operated this 25ton GE at its facility in Niagara Falls NY. This locomotive is still on site and still operating under a new owner, at the former Niagara Junction Railway shop. 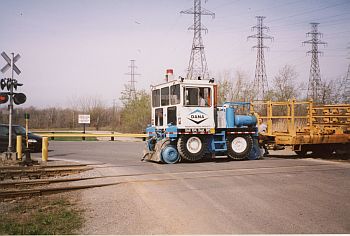 Dana Industries in Thorold South once handle 89ft flat cars loaded with automotive frames, moving them around with the car mover. The plant closed many years ago.