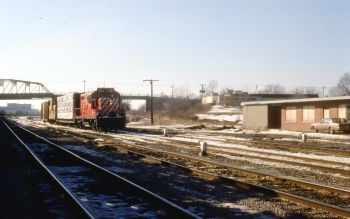 CP Rail 1684 (ex-TH&B 74) leads a short train into Fort Erie. Both the Central Ave bridge in the background, and the station to the right are now gone. 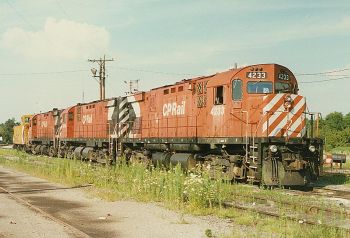 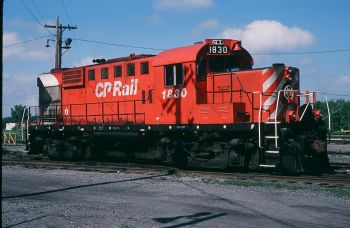 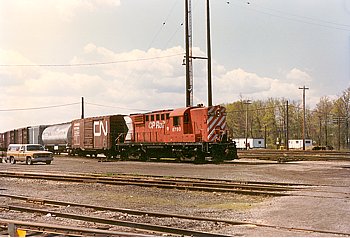