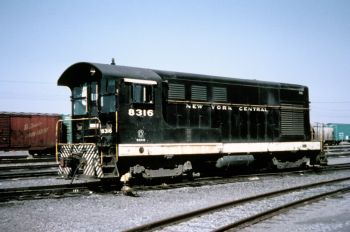 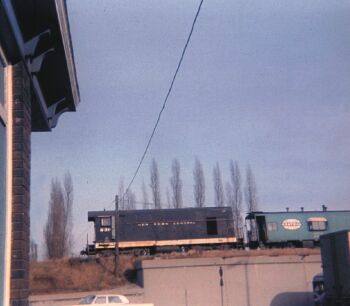 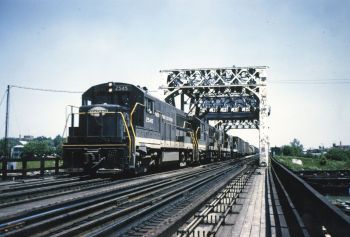 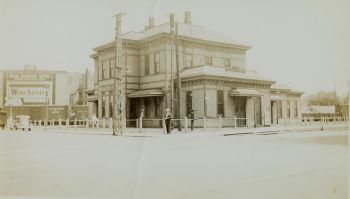 A quartet of New York Central GE U25b's lead by #2545 heads west across the Welland Canal towards the joint NYC/TH&B yard.NRM CollectionThis photo was sent to us by Larry & Susan Rix of Roswell Georgia, and shows the old Michigan Central Railway station at the corner of Erie Ave & Queen St. Note the old King Edward Hotel in the background. The gentleman standing in front of the Station is Susan's Great Grandfather, Peter McDowell. The NFRM thanks them for sending us this very rare shot of this magnificent station. It's also nice to have photos like this when someone can identify the person in the picture.1920's - Niagara Railway Museum Collection 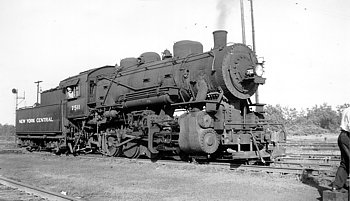 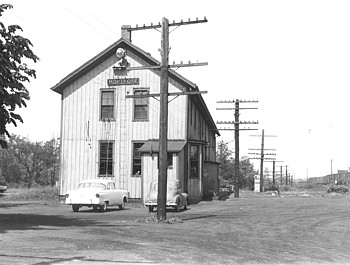 NYC U2e 0-8-0 #7511 is seen waiting in Montrose Yard while the brakeman throws a switch ahead of her. This locomotive was built for the Michigan Central as #8911 by Lima in June, 1917. July 18th, 1956 - NRM collectionThe New York Central yard office and bunk house at Montrose Yard in Niagara Falls, ON as it appeared in 1955. Note the escape ladder from the second story window on the end of the building.1955 - The Sirman Collection 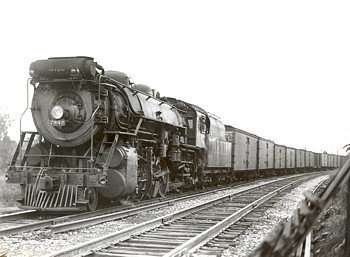 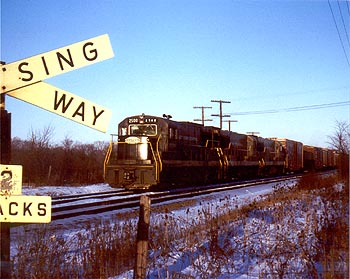 NYC H7B Mikado #7942 heads downgrade towards the United States with Train #742, consisting of mostly wooden reefers. #7942 was built by ALCO, Brooks Works as Lake Shore & Michigan Southern #4027, and later ran as #NYC 2042. 1934 - The Sirman CollectionNew York Central General Electric U25B locomotive #2500, leads a train heading westbound, departing Montrose Yard on the former Canada Southern mainline. #2500 is currently preserved at the Lakeshore Railway Historical Society museum at North East, PA. The locomotive was restored to it's NYC paint at the GE plant in Erie, PA, by GE personnel who donated their time to the project. Note that in this photo, #2500 has two different sized fonts in the front numberboards.March 1965 - Ken Kraemer - Niagara Railway Museum Collection 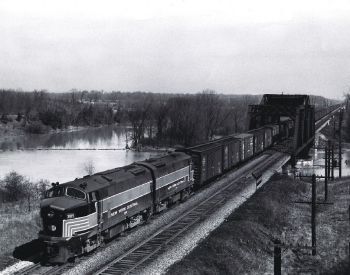 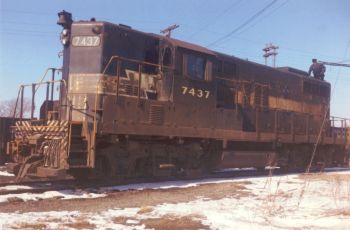 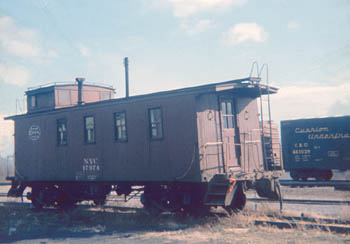 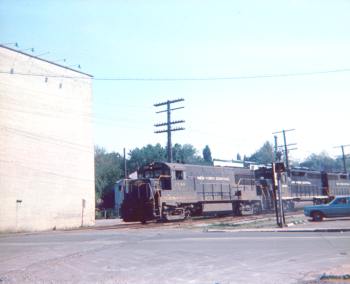 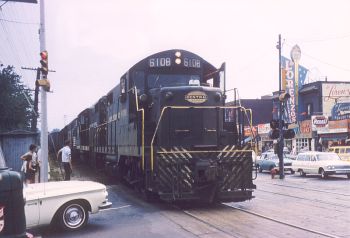 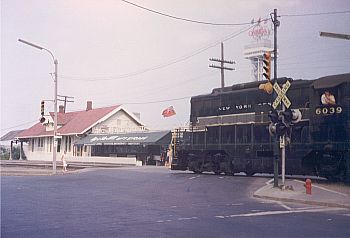 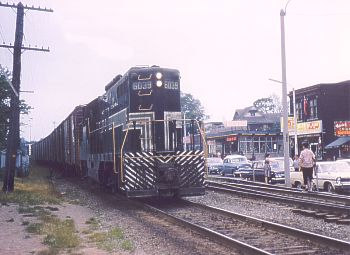 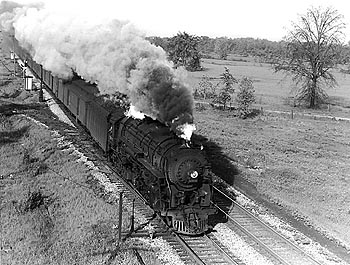 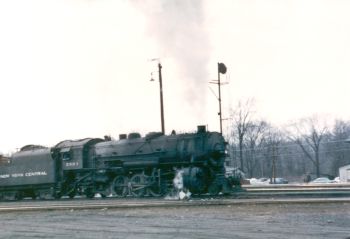 NYC 0-8-0 #7522 switches the freight shed on Erie Ave. in downtown Niagara Falls,ON.1955 - Niagara Railway Museum CollectionEngineer Gus Border is at the thottle of NYC 2-8-2 Mikado #2003 as it runs through Montrose yard in Niagara Falls, ON.1956 - Jim Cook/NRM Collection