The Niagara, St. Catharines & Toronto Railway was incorporated in 1898 and provided interurban transit services throughout the Niagara Region. The line was acquired by CN in 1908 and ceased passenger operations in 1959. 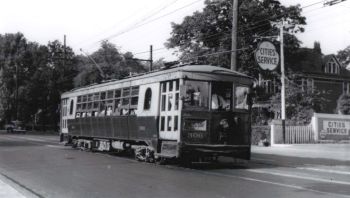 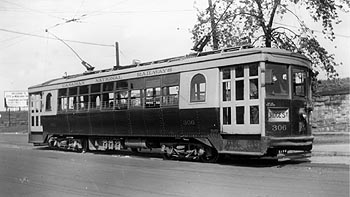 NS&T car #306 passes the old Cities Service station on Victoria Ave.August 13th, 1947 - NRM CollectionNS&T interurban car #306 prepares to change direction at the end of track at the foot of Bridge Street. The billboard in the background welcomes visitors to the City of Niagara Falls Shopping District, which at that time was centered around the downtown core of the City.June 13, 1943 - NRM Collection 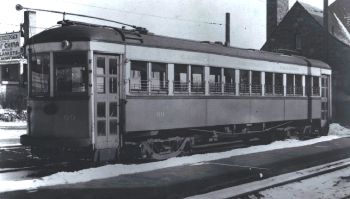